In just a short couple of days, I will be turning 34 years old. Every year about this time, I go through a series of emotional peaks and valleys. I find myself so introspective at birthdays. My heart swells with gratitude, and my eyes look back on the triumphs – and the tribulations – of the previous year.

I spent most of my 20s looking forward to year 30. I hoped that the new decade would introduce a level of surety and flat-footedness that the previous one had left to be desired. Sure enough, year 30 proved to be the one where I was the most confident and the most free. Right before that birthday, I started this blog. Letting go of certain baggage paved the way for my forever love waking into my life in year 31. Year 32 would mark the end of my corporate career – perhaps the biggest leap of faith I have ever taken.

But then there was a stillness of sorts. I’m not just talking about the physical stillness in the world in 2020. I’m talking about the stillness within myself. I was expecting to hit the ground running and get a harvest on the seeds I had sown. After all, 33 is the so-called “Jesus Year.”

The Jesus Year – What If It Doesn’t All “Click?”

The Jesus Year is a somewhat new fixation on the 33rd year of life in parallel to the year that Jesus died. The last three years of Jesus’ life are regarded as his most active in ministry. The literal standard of Jesus is a tall order, so instead, we broadly take this as the year for us to finally get our lives together. In theory, this is the year that everything just “clicks” and comes together.

One thing we largely ignore by this logic is the fact that Jesus died in this year. I put so much focus and hope in the “signs, wonders, and miracles” that I’d finally have the time and space to perform that I neglected to consider the trials. After all, for what Jesus contributed, his physical life ended in betrayal and death. Jesus worked hard in his last years, demonstrating the power of the Father and telling the hard truths without shame. Though I may try to emulate him, I am not Jesus. Although, I am yet alive another year, in truth, I have experienced much death internally this year. I have struggled with fading vision and confidence. So very many times I have questioned my direction and utility.

I end this year, moving into the next, wondering what my personal resurrection will look like – and what it will mean for others. I press on knowing that it isn’t just about me. I wonder who and what is depending on me to overcome. With this, I give myself permission to be made whole and new and to hope once more for a new beginning. 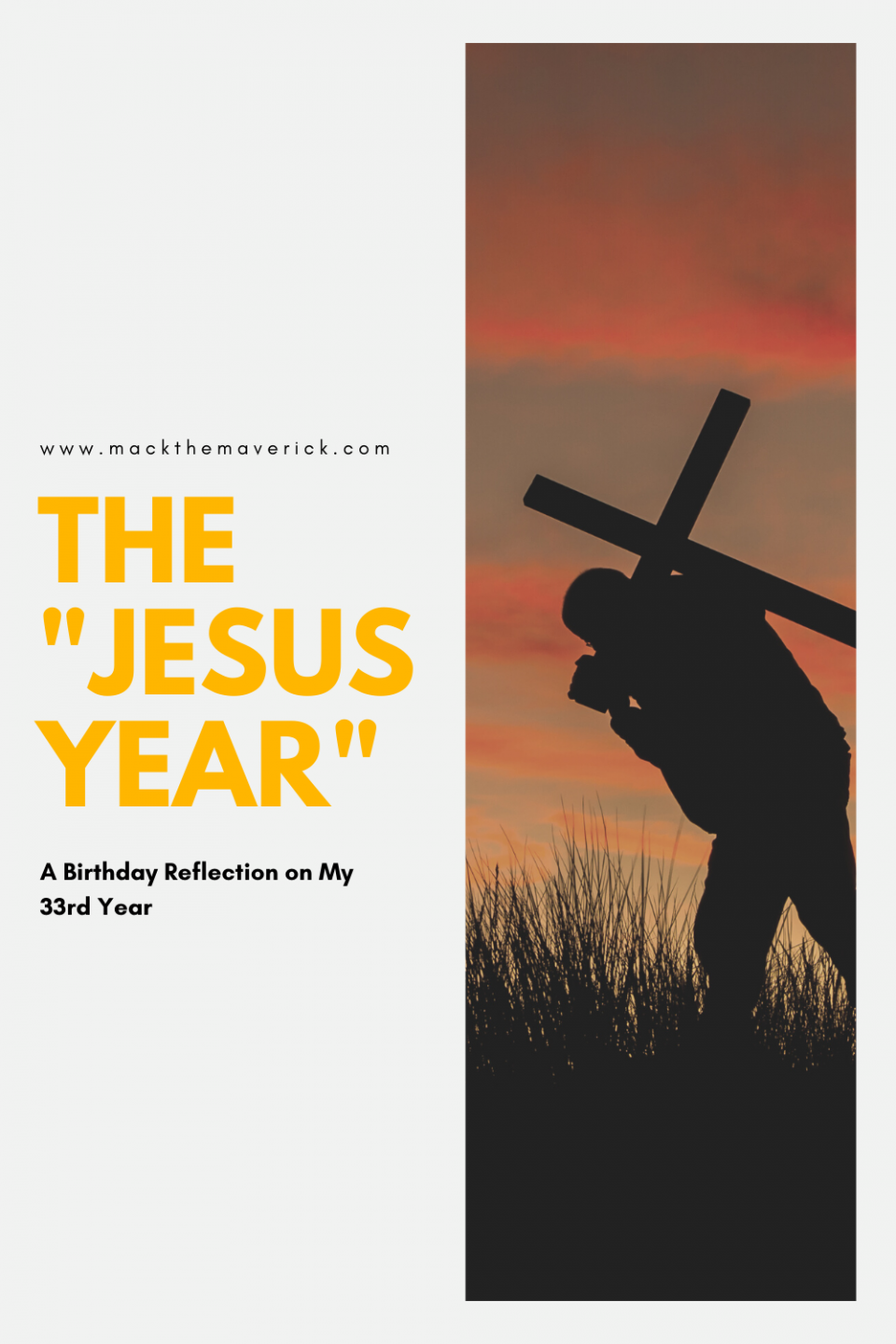 Subscribe now to get the latest updates and inspiration from Mack the Maverick delivered straight to your inbox!

This website uses cookies to improve your experience while you navigate through the website. Out of these cookies, the cookies that are categorized as necessary are stored on your browser as they are essential for the working of basic functionalities of the website. We also use third-party cookies that help us analyze and understand how you use this website. These cookies will be stored in your browser only with your consent. You also have the option to opt-out of these cookies. But opting out of some of these cookies may have an effect on your browsing experience.
Necessary Always Enabled
Necessary cookies are absolutely essential for the website to function properly. This category only includes cookies that ensures basic functionalities and security features of the website. These cookies do not store any personal information.
Non-necessary
Any cookies that may not be particularly necessary for the website to function and is used specifically to collect user personal data via analytics, ads, other embedded contents are termed as non-necessary cookies. It is mandatory to procure user consent prior to running these cookies on your website.
SAVE & ACCEPT
Loading Comments...
PRESS ESC TO CLOSE